On Huffington., jobs and quality

Last night, the launch of Huffington. magazine. (That’s right: the full stop is part of the name. Yahoo! wasn’t enough?) At the moment I took the picture above, Arianna Huffington had just finished crowing about the journalists HuffPo had lured away from the quality media: Tim O’Brien (now HuffPo’s executive editor), Peter Goodman, Lisa Belkin and Tom Zeller of the New York Times, and Howard Fineman of Newsweek; plus, of course, David Wood, who won the Pulitzer for HuffPo this year.

It made me think back to the famous chart LinkedIn published in March (below) of which industries are growing and shrinking fastest. At the top: online publishing. At the bottom: newspapers.

Some said: take the average of those two dots, and the picture for the news media overall ain’t so bad. But that’s only in terms of job numbers. It’s a different story when you look at quality. On balance, quality news is diminishing and trashy news is taking its place, because the simple economics of the web require the high-volume output of cheap, fast content.

HuffPo, of course, was the embodiment of that, but it’s been trying to tilt the balance towards quality. Arianna gave out some stats: 1,500 posts a day on HuffPo, of which 70-80 are “original”, ie, real reporting, not aggregation. I met one of those reporters, who covers environmental health: she does about three stories a week, not at all excessive on a decent newspaper.

But it’s still a content factory: the 1,500 daily posts include 350-500 from HuffPo’s 35,000 celebrity and not-so-celebrity bloggers, which take a team of 19 editors to handle them. (These figures are from Stuart Whatley, the head of that team, who started as an intern just three years ago. These new publishing outlets don’t just make jobs, they make careers.)

All in all, then, “quality” is still only about 5% of HuffPo’s business. How much is that likely to grow? HuffPo said it had turned a profit the year before AOL bought it, but we don’t know whether its impressive traffic growth (and hence revenues) have kept pace with its also impressive staffing increases since then. (And let’s not even talk about AOL.) Having a magazine to showcase the best quality, and charge a dollar a week for it, makes sense as a way to earn a little more from the existing material. But having created a core of quality material, it probably doesn’t make business sense to grow it much further. The quality core serves to bring in readers who might otherwise spurn HuffPo, and once they’re in, it’s hard not to click on just a few more links…

This morning, Hosni Mubarak and his interior minister, Habib el Adli, were sentenced to life imprisonment for the deaths of 840 people during Egypt’s 18 days of revolution in 2011. Six senior police officers below them, however, were all acquitted. To many Egyptians that looked like a signal to the police that they could continue to act with impunity, scapegoating Mubarak to save the regime itself. In the evening, tens of thousands crowded Tahrir Square in protest. 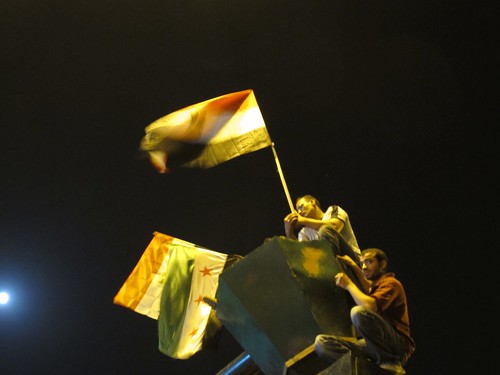 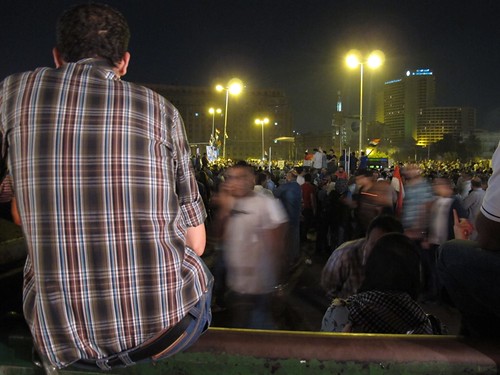 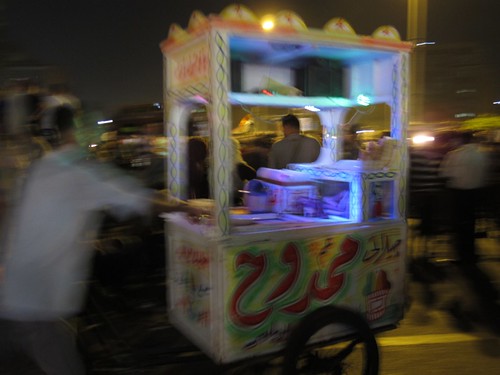 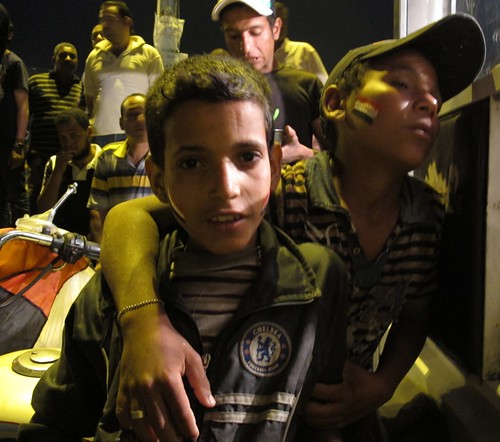